An Empirical Study on the Correctness of Formally Verified Distributed Systems

They look at some formally verified distributed systems, and find that the protocols
are indeed bug-free (in contrast to non-formally-verified systems) - but that there are
still bugs arising from interfaces between the verified code and other parts (e.g. the OS),
viz “assumptions about the unverified code, unverified libraries, resources implicitly
used by verified code, verification infrastructure, and specification”.

Verdi: A Framework for Implementing and Formally Verifying Distributed Systems

Todd Montgomery explains protocol design, the advantages of binary over text protocols, formal verification tools and methods, and much more.

SPIN is a general tool for verifying the correctness of concurrent software models in a rigorous and mostly automated fashion. It was written by Gerard J. Holzmann and others in the original Unix group of the Computing Sciences Research Center at Bell Labs, beginning in 1980. The software has been available freely since 1991, and continues to evolve to keep pace with new developments in the field. Systems to be verified are described in Promela (Process Meta Language), which supports modeling of...

Construction and Analysis of Distributed Processes

CADP (Construction and Analysis of Distributed Processes) is a toolbox for the design of communication protocols and distributed systems. CADP is developed by the CONVECS team (formerly by the VASY team) at INRIA Rhone-Alpes and connected to various complementary tools. CADP is maintained, regularly improved, and used in many industrial projects. The purpose of the CADP toolkit is to facilitate the design of reliable systems by use of formal description techniques together with software tools f...

Slides about typical datacenter network architecture (inter-rack bandwidth is often
4x lower than aggregate bandwidth of servers within a rack, and there may be
higher-level bottlenecks as well). 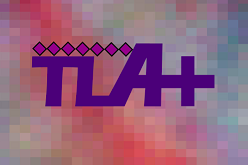 TLA+ is a formal specification language developed by Leslie Lamport. It is used to design, model, document, and verify programs, especially concurrent systems and distributed systems. TLA+ has been described as exhaustively-testable pseudocode, and its use likened to drawing blueprints for software systems; TLA is an acronym for Temporal Logic of Actions. For design and documentation, TLA+ fulfills the same purpose as informal technical specifications. However, TLA+ specifications are written in...

AVISPA stands for Automated Validation of Internet Security Protocols and Applications.
The AVISPA project aims at developing a push-button, industrial-strength technology for the analysis of large-scale Internet security-sensitive protocols and applications.